My builder boy likes his Legos so I use them as often as possible in our school. I love how it encourages creativity, patience, and a ton of other great skills. Following the instructions of a set is just one way I sneak reading into him (for some reason he’s putting up a fight against it) 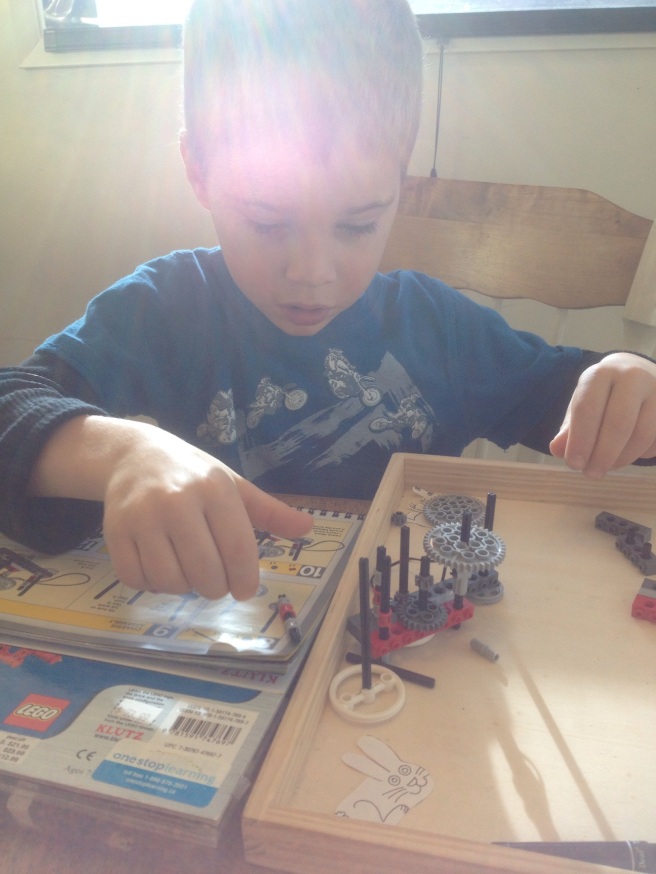 This was one of the projects from a “crazy action contraptions” set made by Klutz.
I recently found a nice little LEGO unit study on Pinterest walkingbytheway.com/blog/lego-unit-lapbook/ and we had fun with that. He learned about the inventor, which country it started in, and where to find that country on a map. He also learned what it was first made of, some good vocabulary words, how to use it for some math fun 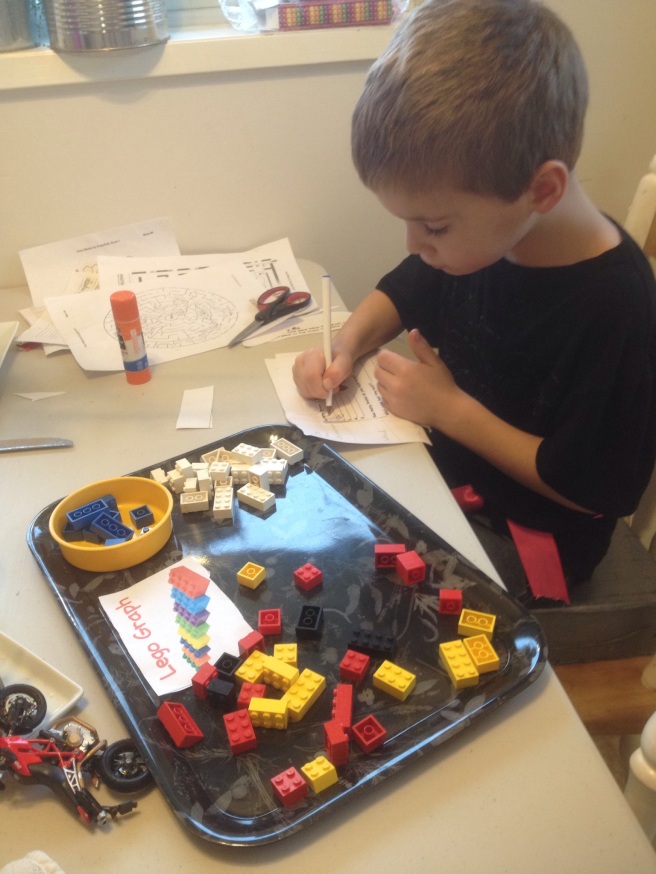 (estimating, graphing, adding and subtracting) and finally how to put everything we learned into a lap book. The unit also had a daily Lego build challenge: 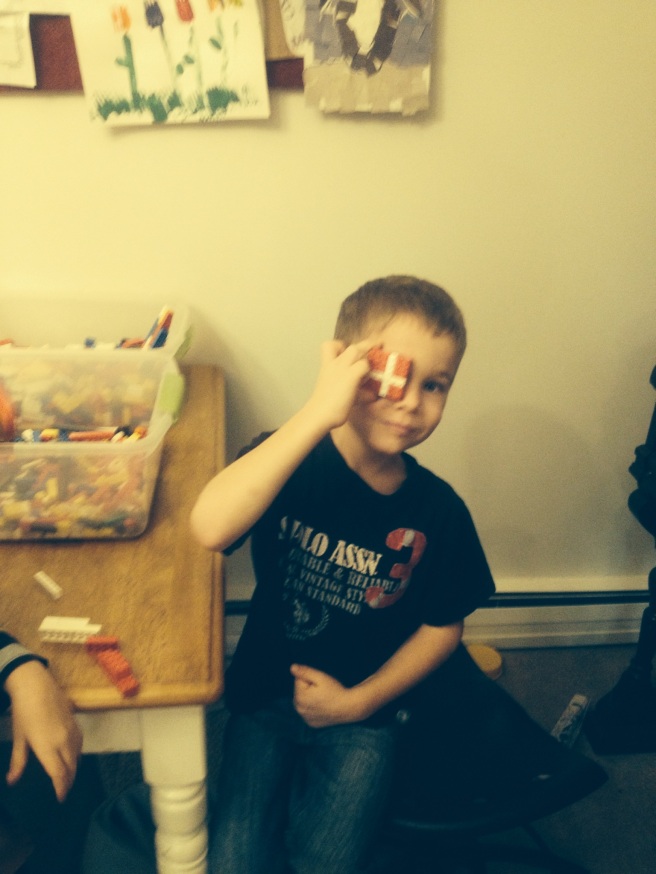 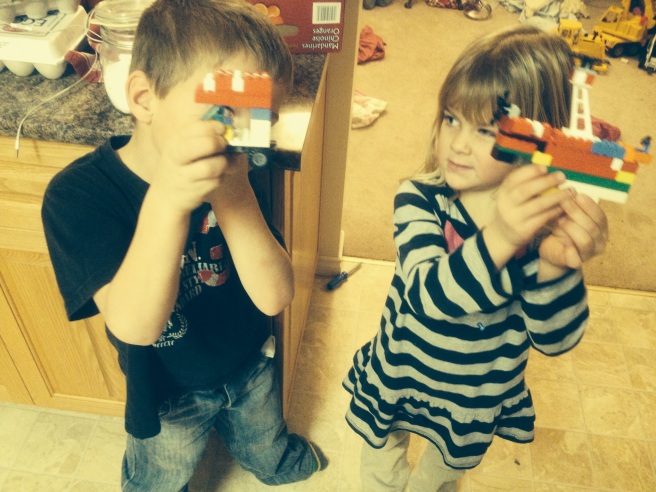 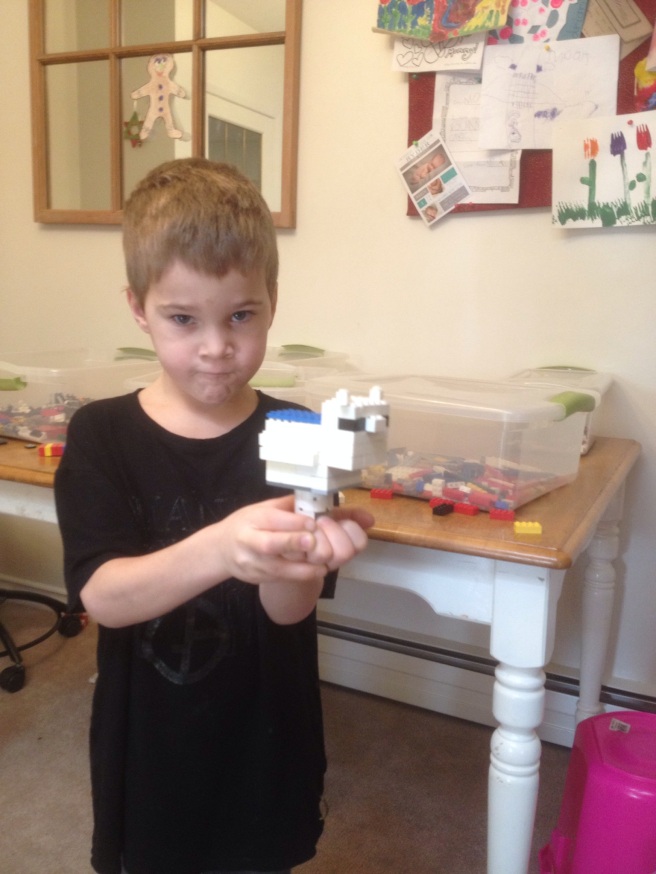 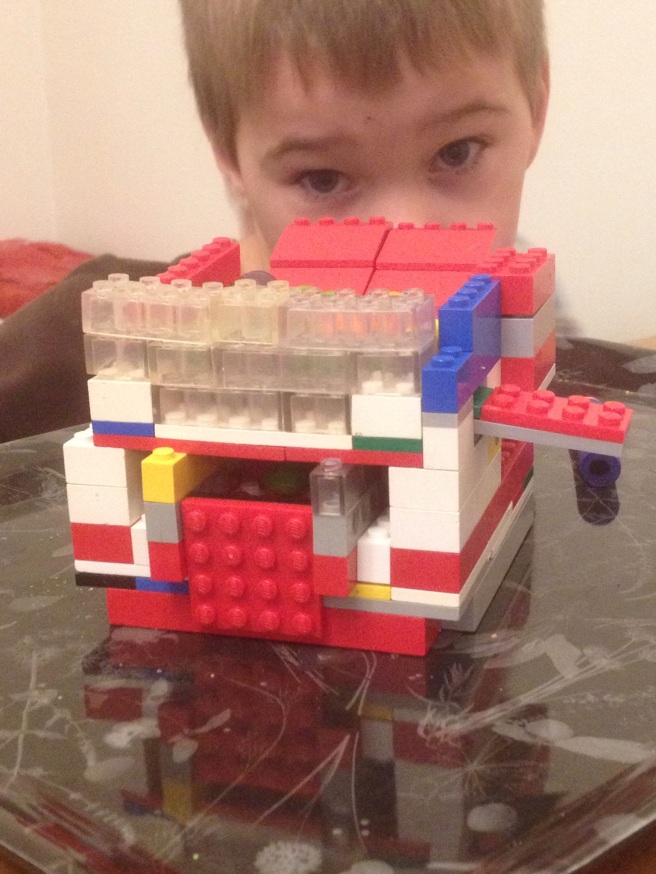 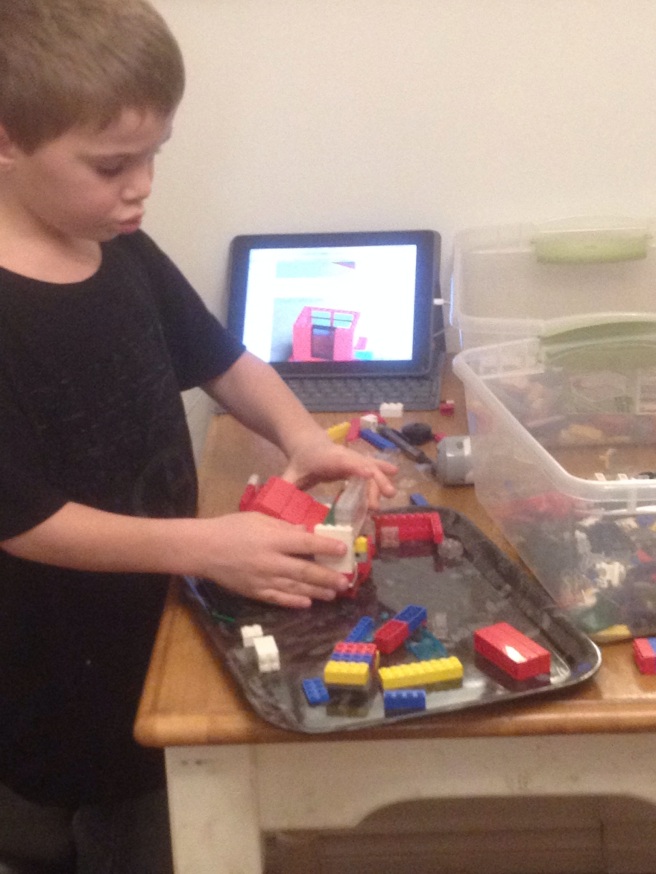 And as a final challenge I found instructions for a candy dispenser. (also thanks to Pinterest, it’s a great resource for fun learning projects) This was probably the trickiest one to build because we didn’t quite have the pieces they used so he had to improvise as he went along.